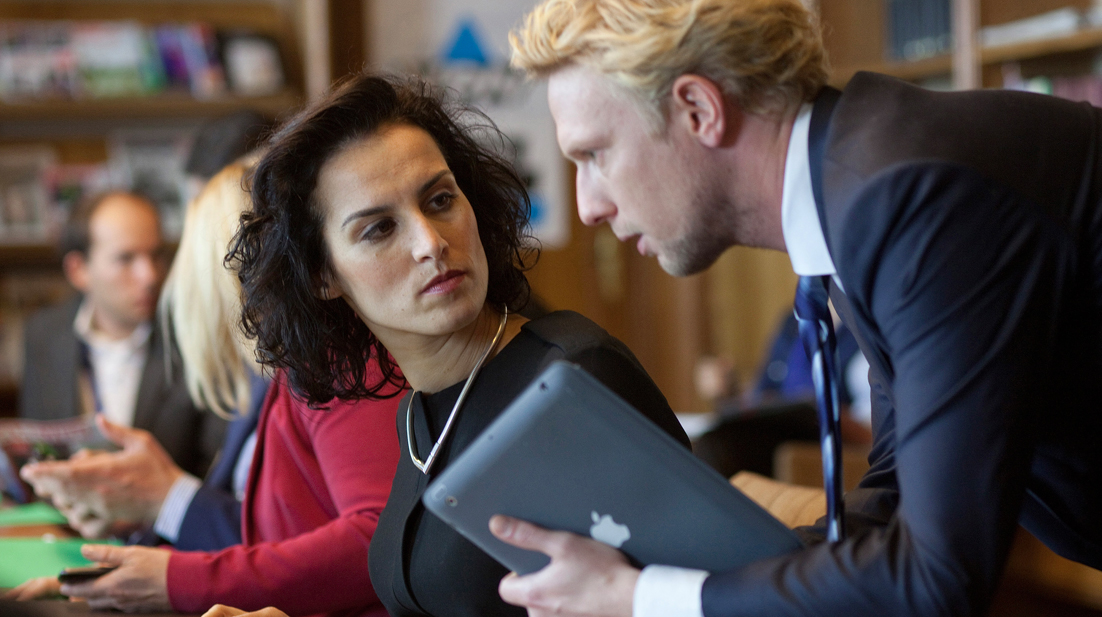 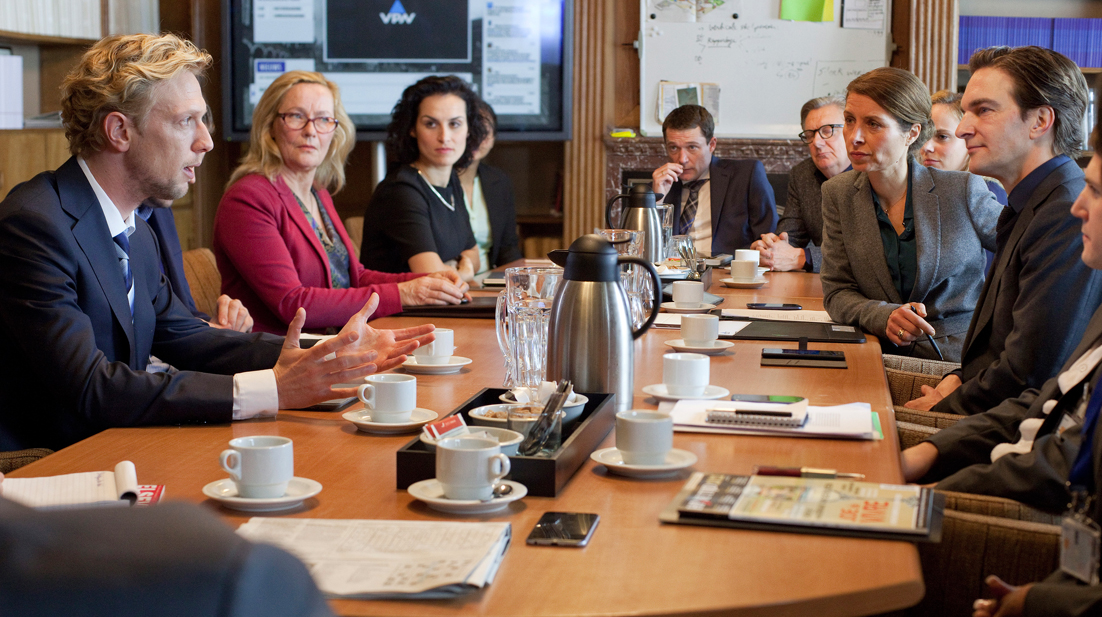 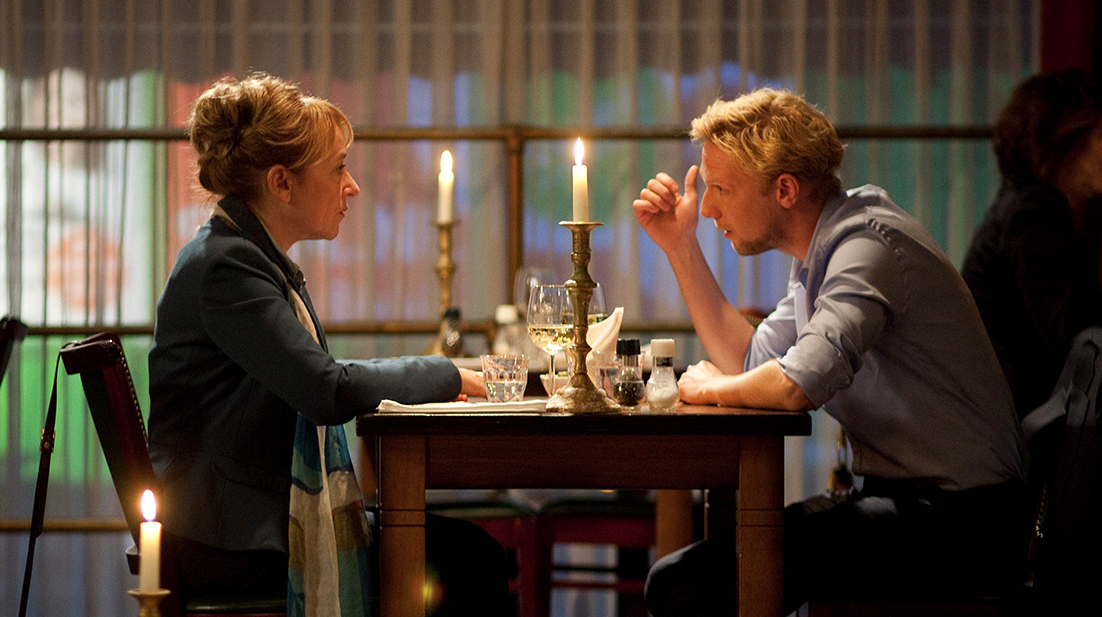 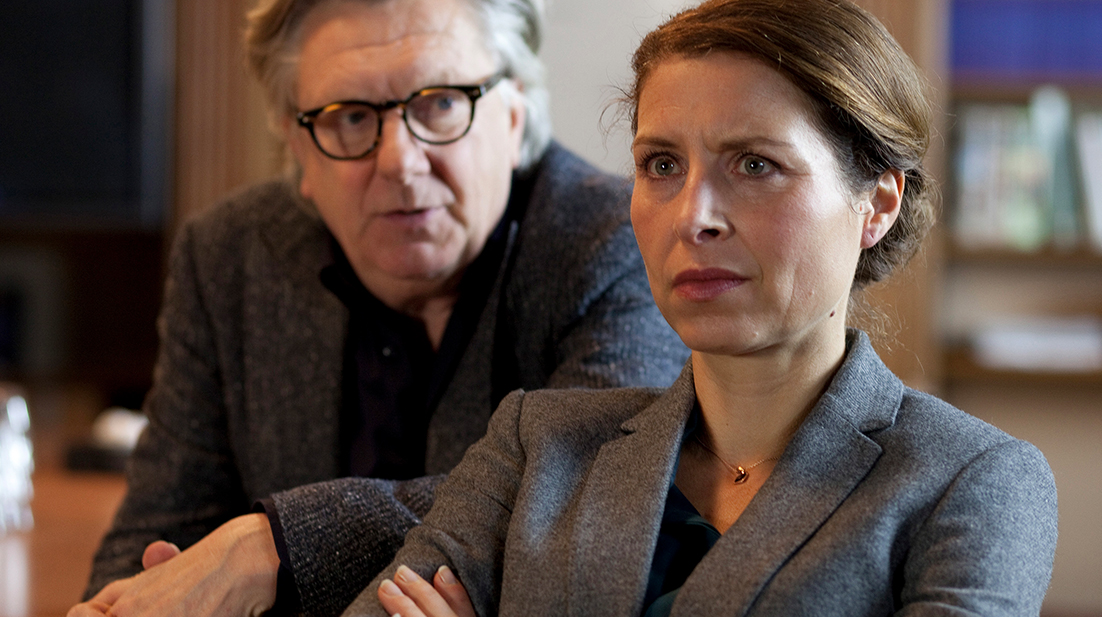 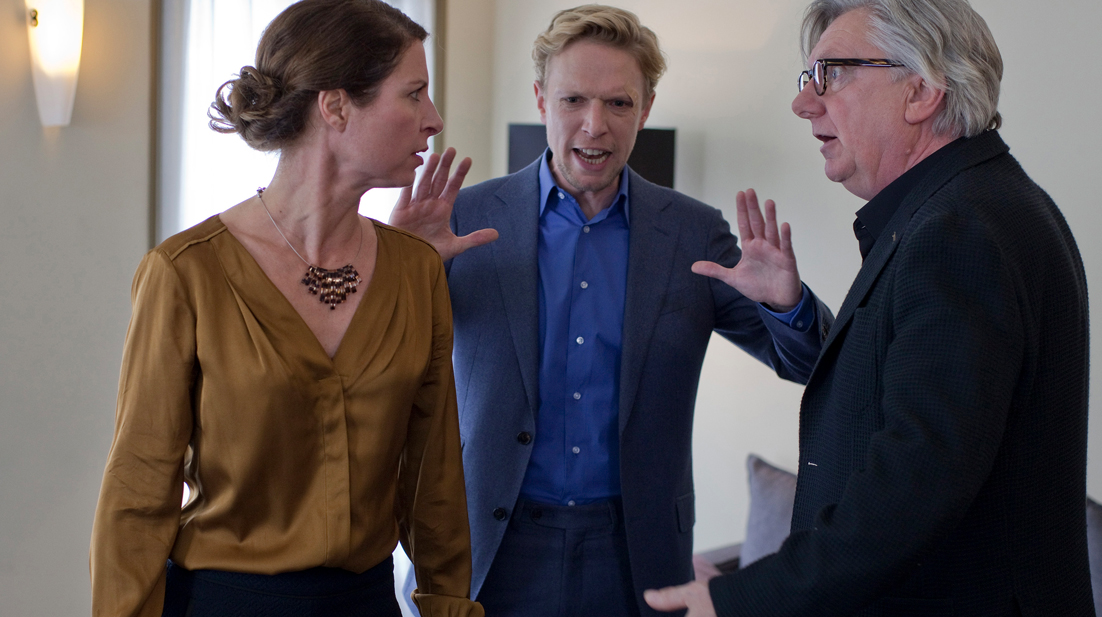 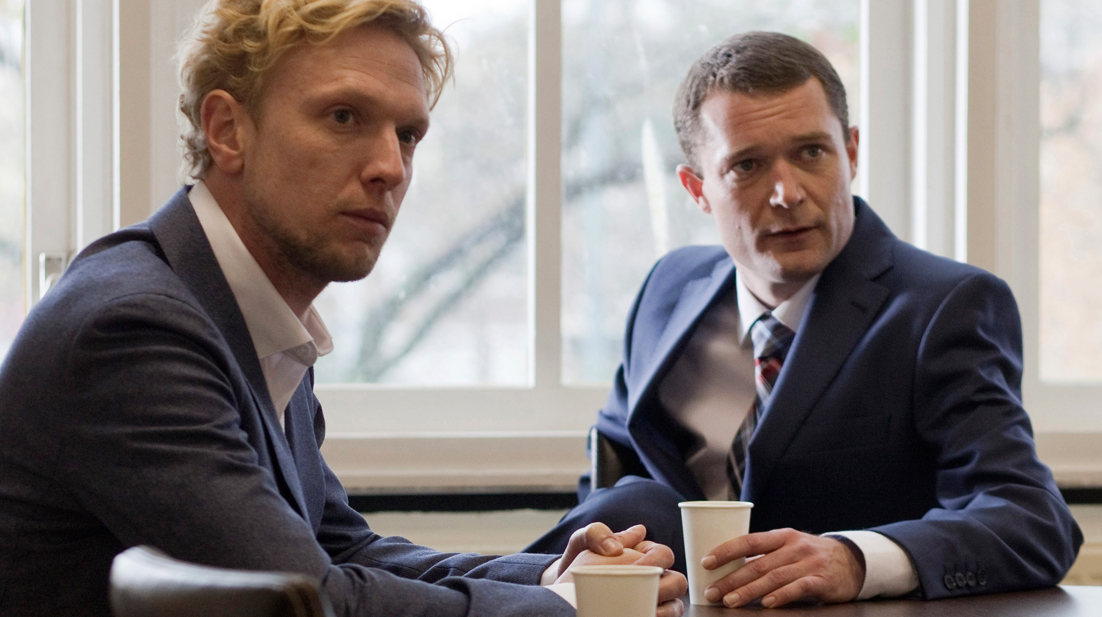 The group is a political drama series of the VPRO in which fiction and reality are being merged in an innovative way. We follow the fictional political party VPN, within the daily reality of Dutch and international politics, including actual news issues of the week in which an episode is being broadcast.

We follow Tim Snel (Joris Smit) in the political arena of The Hague, in which everyone turns out to have a hidden agenda. Ideals appear to be less harsh than strategy for power. Jan Leusingh (Han Kerckhoffs), the charismatic party leader of the VPN, has asked Tim to join his party as spokesperson Finance – without consulting with the ambitious party leader Marise Collee (Sandra Mattie). Not everyone is happy with Tim’s arrival. Certainly Michael (Mads Wittermans) not, who must give up his room. His roommate Dara Westerveld (Nadia Amin) is very fond of Tim, and not only on a political level.

When reports appear in the press about financial malpractice at the VPN, Tim will be instructed as Marise’s financial expert to find out what’s going on. At the same time, Jan orders him to find the leak to the press. During his double research, Tim finds out a number of things he might rather not have known. Now Tim is stuck between the party leader and the group leader.

The VPN may be fictitious, the other parties in the series really exist, as do the politicians. Our fictional group members talk about current issues that are really happening in politics. Each episode has a thematic topic. There are dilemmas that determine the proportions below the surface of The Hague. And there are always current topics that are in the news during the week of the broadcast.